A Catholic priest convicted of sexually abusing a 16-year-old Minnesota girl will walk free and be deported to India immediately.

Joseph Palanivel Jeyapaul, 60, was sentenced Monday to one year and one day behind bars&mdash;time he already served while awaiting court proceedings&mdash;after taking a plea deal last month. As part of the deal, Jeyapaul pleaded guilty to 4th-degree criminal sexual conduct in Roseau County District Court.

Jeyapaul had been in custody since he was arrested in his home country of India in March 2012 to face criminal charges he sexually abused two girls while serving as a priest in the Catholic Diocese of Crookston in 2004 and 2005.

The conviction coincided with the Monday resignation of John Nienstedt, the archbishop of the Archdiocese of St. Paul and Minneapolis, which came 10 days after criminal charges were brought against the archdiocese in connection to sexual abuse of youths by a former clergy member.

There was no conviction in a second case against Jeyapaul, in which he was charged with two counts of 1st-degree criminal sexual conduct. In that case, charges were filed in 2006 after Megan Peterson, who has spoken publicly about the alleged abuse, accused Jeyapaul of sexually abusing her when she was 14 and 15 years old in 2004 and 2005.

Prosecutor Heidi Fisher Davies said she dropped the charges in that case because “there were issues that arose that would have made it very difficult to get a conviction.”

She declined to discuss any specifics, saying the information that led to the dismissal is confidential under Minnesota law.

Fisher Davies spoke on behalf of the unidentified victim Monday, saying the victim was hesitant to give a statement in front of Jeyapaul.

She did not want to disclose personal information to him, Fisher Davies said, as she had done before he assaulted her.

Fisher Davies said Jeyapaul had exploited information the victim had disclosed to him, such as the fact the girl wanted to become a nun, to get closer to her in 2005.

The girl first met Jeyapaul on a bus ride to a conference in 2005 when she was 15 years old, where they talked about her interests and aspirations, according to court records.

She told police that shortly thereafter Jeyapaul began calling her at her home and telling her he would marry her if he were younger, court records say.

Then, on her 16th birthday, Jeyapaul forced her to touch him, kissed her and pulled her on top of him while at his home in Greenbush, Minn., she told police.

The girl also told police Jeyapaul later sent her emails asking for forgiveness and declaring his innocence, according to court records.

Fisher Davies pointed to witness testimony and the emails sent between Jeyapaul and the victim as evidence leading to Jeyapaul’s conviction in the case.

She said the victim’s mother had kept “a really good record of what happened,” including copies of emails sent between Jeyapaul and the victim.

The mother had also overheard phone conversations between Jeyapaul and the victim.

Meanwhile, Peterson expressed frustration with the dismissal of the criminal case in which she was the victim.

“The truth is, this hurts,” she wrote in a statement posted on the website of the advocacy group Survivors Network of Those Abused by Priests, or SNAP. “There are moments when it doesn’t feel fair or right at all. Moments when it is hard to swallow and even harder to breathe. When the full weight of this comes barreling at me like a freight train, hits and knocks me down.”

At the same time, she also expressed relief that Jeyapaul has been exposed as a pedophile.

“I’m grateful he’s a convicted felon at this point,” she said by phone.

But Peterson and other members of SNAP also voiced concern about what will happen when Jeyapaul returns to India.

“We worry now about the safety of girls in India near Fr. Jeyapaul,” SNAP in a news release said. The organization urged Catholic leaders in the U.S. and India to warn the public about Jeyapaul and other predatory priests. 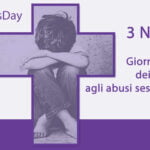 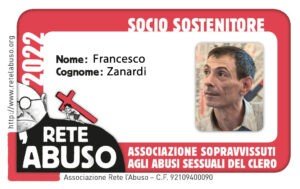